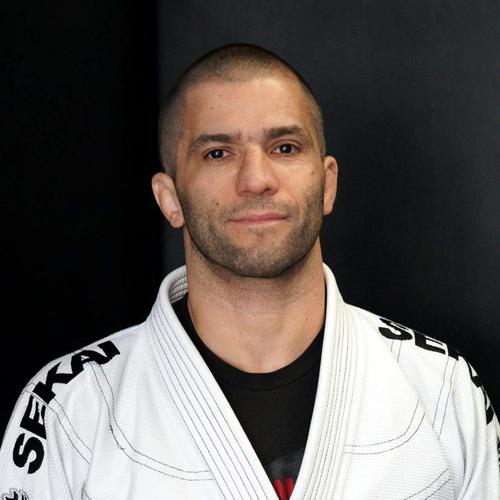 Talks covered by this speaker

Always devoted to the scientific study of Martial Arts, Gustavo conducted research in 2003 about the isometric strength in BJJ athletes. His research was presented in many Brazilian congresses and symposia, being one of the few scientific data available in the field of Brazilian Jiu Jitsu.

During his childhood, Gustavo had the opportunity to train under many different Martial Art styles, including Muay Thai, Karate, Judo and Capoeira. By 1997 he joined the world famous Carlson Gracie Team and decided to focus on BJJ as his primary Martial Art, under professors Renato Tavares and Carlos Lima.

Native of Curitiba (Brazil), home of the Chute Boxe Academy, Gustavo witnessed the modern MMA evolution, where some of the current MMA champions (Anderson Silva, Wanderlei Silva, Mauricio Shogun, Cris Cyborg) were established in that city.

Gustavo moved to the U.S. in 2005, and currently teaches at Dynamix MMA and Uprise MMA.

After conquering his 2nd world title as a Brown Belt in 2010, Gustavo was promoted to Black Belt by UFC and BJJ world champion Fabricio Werdum, becoming the head instructor at Fabricio’s gym until 2015.

With an extensive record of competition in the sport’s Masters Lightweight division, Gustavo is one of the few competitors who has successfully competed against much heavier opponents, placing in the Super and Ultra Heavyweight divisions in some of the most prestigious BJJ tournaments.

Gustavo is also the mind behind the popular website MMA Leech.

We use cookies This website (and some of its third-party tools) use cookies. These are important as they allow us to deliver an exceptional experience whilst browsing the site.